A Picture that Traced a Dead Union Soldier

Posted by Mr. Dittes on October 21, 2010
The picture below has a fascinating story. It was found in the hand of dead Union soldier soon after the Battle of Gettysburg. Wounded, he had wandered into the town, he had fallen against a fence, and he had died there. This picture was probably the last thing he looked at before closing his eyes a final time. 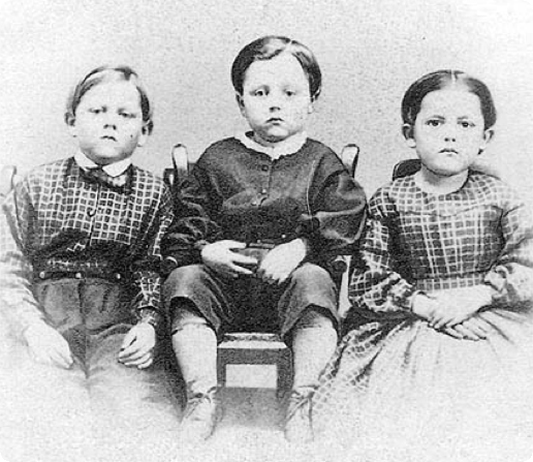 Who are they? They would appear to be the man's children. Perhaps they had sent this picture to him to help him remember, to remind him what he was fighting for. They are so young. They look so sad. They weren't orphans...yet.
Who was he? This photograph set off a nationwide search for the children (this was a time before dog tags or regular identification of the bodies of fallen soldiers). The story is told in a series of blogs by filmmaker, Errol Morris, in the New York Times in 2009.
Bonus: read the blog and find out how this photograph was used to find the family of the dead soldier. What was his name? Where did he live? What were the children's names? (+5 points)
ELA teaching